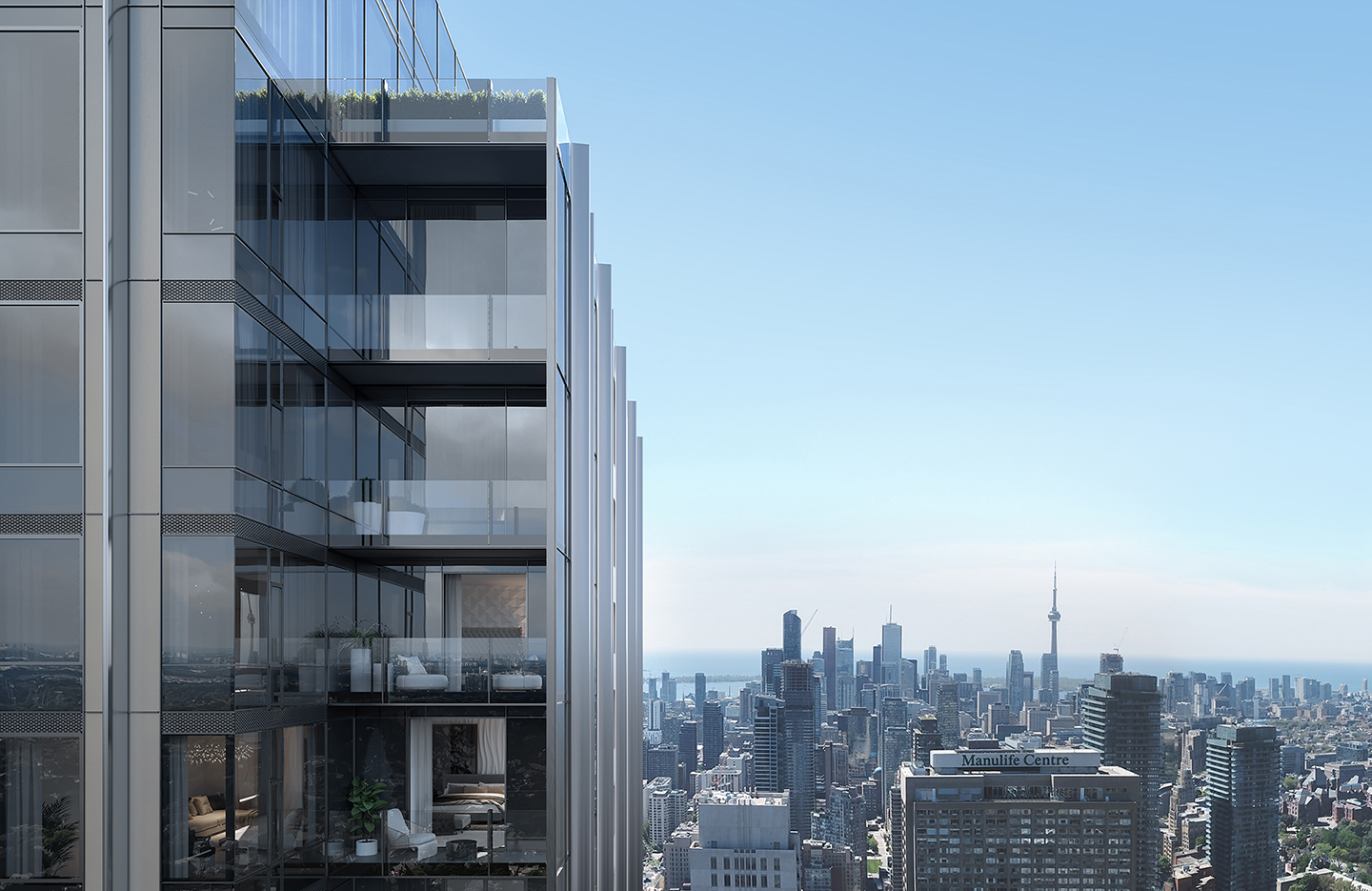 In one of the city’s most compact neighbourhoods, a two-block stretch along Bloor Street, between Avenue and Yonge, condo luxury can only go one way — up

Author of the article:

This advertisement has not loaded yet, but your article continues below.

It wasn’t so long ago that Yorkville had a reputation as a strange and threatening place. In the late 1960s, Torontonians were simultaneously fascinated and repelled by the neighbourhood, which had become a haven for hippies and other seekers of countercultural enlightenment.

In a city so square that shopping was still prohibited on Sunday, Yorkville’s raucous café culture and its inhabitants’ relaxed attitudes towards sex and drugs were shocking. But the charming Victorian village on the edge of downtown was soon sanitized by a wave of high-end boutiques and restaurants — and customers with the money to patronize them.

Now, another transformation is underway — this time pointing up. Yorkville in 2019 is full of holes, and the holes are full of construction equipment that’s turning the area into a high-rise condo community with unit prices to match.

On Yorkville Avenue, for example, half of the block between Bay and Yonge Street has recently been razed for a pair of neighbouring developments: 33 Yorkville is a Cresford Developments project that will consist of both a 41- and 64-storey tower; immediately next door is 11 Yorkville, where a consortium of developers is building a 62-storey residence.

On Cumberland Avenue, meanwhile, Great Gulf and Phantom Developments have bulldozed a row of shops to make way for a 51-storey condo. On Scollard Street just west of Bay, Lanterra Developments has hired Norman Foster to design a 41-storey tower. And towering over all of those properties will be Mizrahi Developments’ 306-metre residence on the southwest corner of Yonge and Bloor. When completed it will be the tallest building in Canada.

There are at least half a dozen more tower proposals currently working their way through City Hall’s complex development application process. These projects will join the ranks of existing Yorkville skyscrapers, like the Four Seasons, the Cumberland Tower and 1 Yorkville, all of which have sprouted within the past decade.

This development frenzy is occurring in one of the city’s most compact neighbourhoods, a two-block stretch along Bloor Street, between Avenue and Yonge. And yet prices don’t reflect a surfeit of supply. According to Urbanation, the average selling price of a new Yorkville condo in the second quarter of 2019 was $1,158 per square foot. Some pre-construction units are selling for in excess of $2,000 per square foot.

Who’s doing all this buying?

Janice Fox, a broker who handled pre-construction sales for Yorkville’s Four Seasons Residences in 2007, says new builds in the area can be divided into two categories: “production buildings” with small units “that will likely be sold to investors, who will rent them, or will try to sell them off on assignment” and “true luxury buildings” with bigger square footage, concierge services and buyers moving in for the long term.

The latter is the target market for developer Sam Mizrahi, whose property at 1 Bloor West will have 85 storeys but only 416 residential units.

“Most buildings this size would have anywhere between 600 and 800 units,” he says. “It’s very exclusive. Everything about this building is geared towards an end-user.”

The conventional wisdom among brokers and developers is that there is a sort of magic suffused in Yorkville’s soil. The neighbourhood exists at the nexus of two subway lines, and its cluster of luxury retailers is unrivaled anywhere else in the city. The former Hazelton Lanes, now known as Yorkville Village, was recently overhauled by its owner, First Capital. Hermes, Chanel and Dior have all opened new flagship stores along Bloor Street within the past two years.

Acquiring a development site in any part of downtown Toronto is a tremendous challenge, but Yorkville’s constricted borders and its rows of tightly packed homes and shops pose particular problems. For some developers, the scarcity of land is part of the attraction.

Eleven Yorkville, a project being developed by Metropia, RioCan Living and Capital Developments, sits on a lot assembled from six different properties. Spread among those properties were 81 rental housing units that the developers had to agree to replace as a condition of their planning approvals — yet another complicating factor.

Metropia CEO Howard Sokolowski says the complex land-purchasing process was worthwhile for one reason in particular: “Because of the exclusivity of Yorkville Avenue,” he says. “It’s a very short four blocks.”

The tower will contain 593 condo units, kitted out with high-end Miele kitchen appliances and designer bathrooms with full-height tile. The building’s common elements will include a piano lounge and an infinity pool. Sokolowski says that about one-third of the project’s pre-construction purchasers, to date, are investors.

Eleven Yorkville’s pre-construction sales push began in mid-September with a splashy party at the Royal Ontario Museum. Barbara Lawlor, CEO of the development’s brokerage, Baker Real Estate, says there were about 1,500 attendees.

“They find us,” she says. “When an address of this stature goes on the market, people seek us out.”

It’s not exactly the same kind of seeking Yorkville’s inhabitants were doing in the 1960s, but the ecstatic zeal is similar. Maybe things haven’t changed that much, after all.