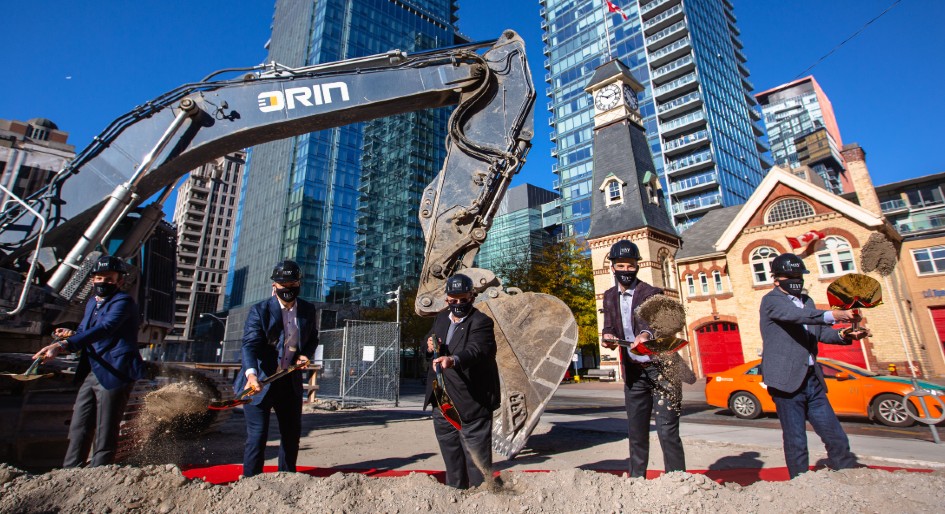 Designed by Sweeny&Co, the tower pays homage to the timeless gothic architecture that was predominant among New York’s first skyscrapers in the 1920s. Since launching the project in 2019, the developers have already sold 97 per cent of suites in this mixed-use development.

“The neighbourhood’s new parkette will play a key role in contributing to Yorkville’s already active public realm,” said Howard Sokolowski, chairman and CEO of Metropia. “11 Yorkville will leave an indelible mark on this city, and we could not be prouder of this project’s resounding success in such a short time.”

The land assembly began in 2014 as RioCan and Metropia began consolidating their properties along Yorkville Ave., with the goal of contributing to the legacy of Yorkville. Capital Developments, who partnered with RioCan and Metropia on E2 Condos at Yonge and Eglinton, was also enlisted as a partner.

Interiors are designed by award-winning firm Cecconi Simone. Design-focused kitchens form the heart of the suites, which include a two-level black marble island with a built-in wine trough, a wine fridge, and a marble range hood enclosure.

“11 Yorkville brings a true luxury experience into every detail of the building from the moment you walk through the front door,” said Jordan Dermer, co-founder and managing partner of Capital Developments.