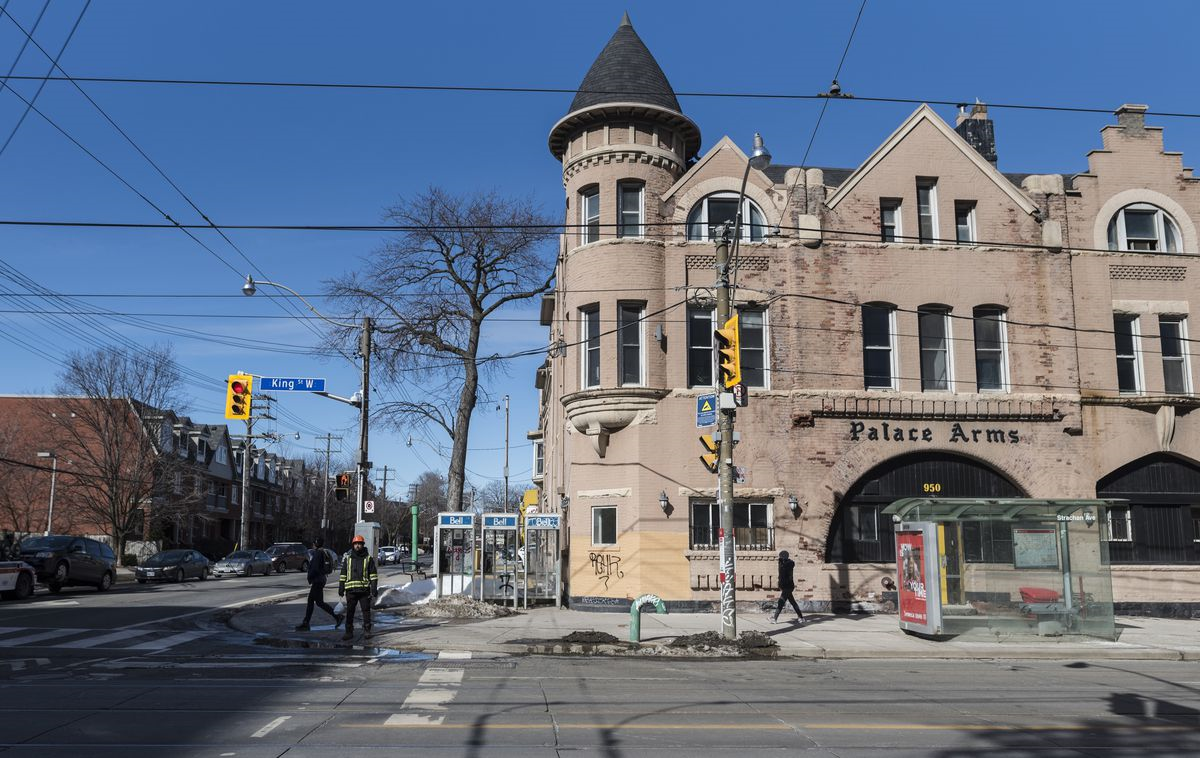 Good news: A new development in downtown Toronto is creating affordable housing. This week Toronto East York Community Council approved a new building on the site of the Palace Arms, an 1889 hotel that became a rooming house. Now the site will have more deeply affordable housing than ever existed before, in safe apartments with supports for those who live there.

How did this good thing happen? City staff and Councillor Joe Cressy traded a few floors of extra height for these social benefits. It’s a good model for growth in this expensive and expanding city. Unfortunately, about 200 neighbours are claiming, incorrectly and loudly, that the opposite is true.

The 14-storey building, being designed by Sweeny & Co. Architects for a developer called Intentional Capital, does many things right. It retains the façades of the hotel and adjacent houses, all by the fine Victorian architect F.H. Herbert. It has almost no underground parking, so its carbon footprint is relatively modest.

Most importantly, it delivers that affordable housing: 15,000 square feet, a 25-per-cent larger area than the rooms in the old hotel (which are in bad shape and mostly vacant). Existing tenants will have a right to return at similar rents. The new housing will be designed with the city and a non-profit housing provider, Mr. Cressy says. That space will likely be divided into 60 bachelor apartments.

Mr. Cressy has pulled in about $8-million in “Section 37” money, contributed by developers of other projects, to fund that extra 25 per cent of space and increase the degree of affordability. Section 37 payments are collected from developers intended for community amenities. These apartments will be deeply affordable on a rent-geared-to-income basis for a period of 40 years. And now the project is almost sure to be approved by the city.

If you are a downtowner worried about the gentrification of your neighbourhood, what’s not to like?

Plenty, apparently. More than 200 neighbours signed on to a coalition to fight the development. At the community council meeting, those who spoke brought a familiar mix of faux progressivism and not-in-my-backyard crankiness.

Their hearts were bleeding for all the folks who used to live in the Palace Arms. (Their main argument is that the 90 single-dwelling units in the hotel, which are now mostly vacant, are being replaced by a smaller number of dwellings. This is true but misleading.) One deputant grew particularly impassioned at the plight of the homeless in Toronto right now – but also, she had some feelings about how hard it’ll be to find a parking spot.

And everyone agreed, the building was just too tall! Bill Martin, who has lived around the corner for 40 years, called the development “a human tragedy.” The former Palace Arms residents “will be crushed under 15 storeys of glass and steel,” he said.

What does that even mean? It’s a weird stew of aging-hippie aesthetics, bogus economics and plain discomfort with change. Mr. Martin talked about the “human scale” the neighbourhood used to have when he bought his house in 1978.

But houses like his now cost nearly $2-million. And Mr. Martin’s family, along with several other anti-development speakers, sound like the professionals who’ve been buying into this area and have helped push up rents or prices. They gentrified the neighbourhood. Now they’re trying to stop developers – and about 200 new renters – from following them.

In a sense, it’s hard to fault these folks for feeling righteous. Their dogma is shared by many people they know. But in this case, it’s being challenged. Here, a taller building and affordable housing work together. The logic is straightforward: Building supportive housing costs a lot of money. If you allow a new building to spin more revenues, it can subsidize housing for more people.

There are valid criticisms of this model. Should government build deeply affordable and supportive housing by itself? Yes. Should previous owners of the Palace Arms, who let it run down and then paid tenants to leave, allegedly harassing them, have been forced to maintain its inexpensive dwellings? Yes. And the City of Toronto is now trying to pass a policy that would insist on just that.

Amy Miranda, one of the neighbour group’s leaders, said: “I’ve always believed the city will act in the best interests of its constituents.”

Good. This debate captures the sort of place that needs to be built, and the kind of arguments that need to be demolished.