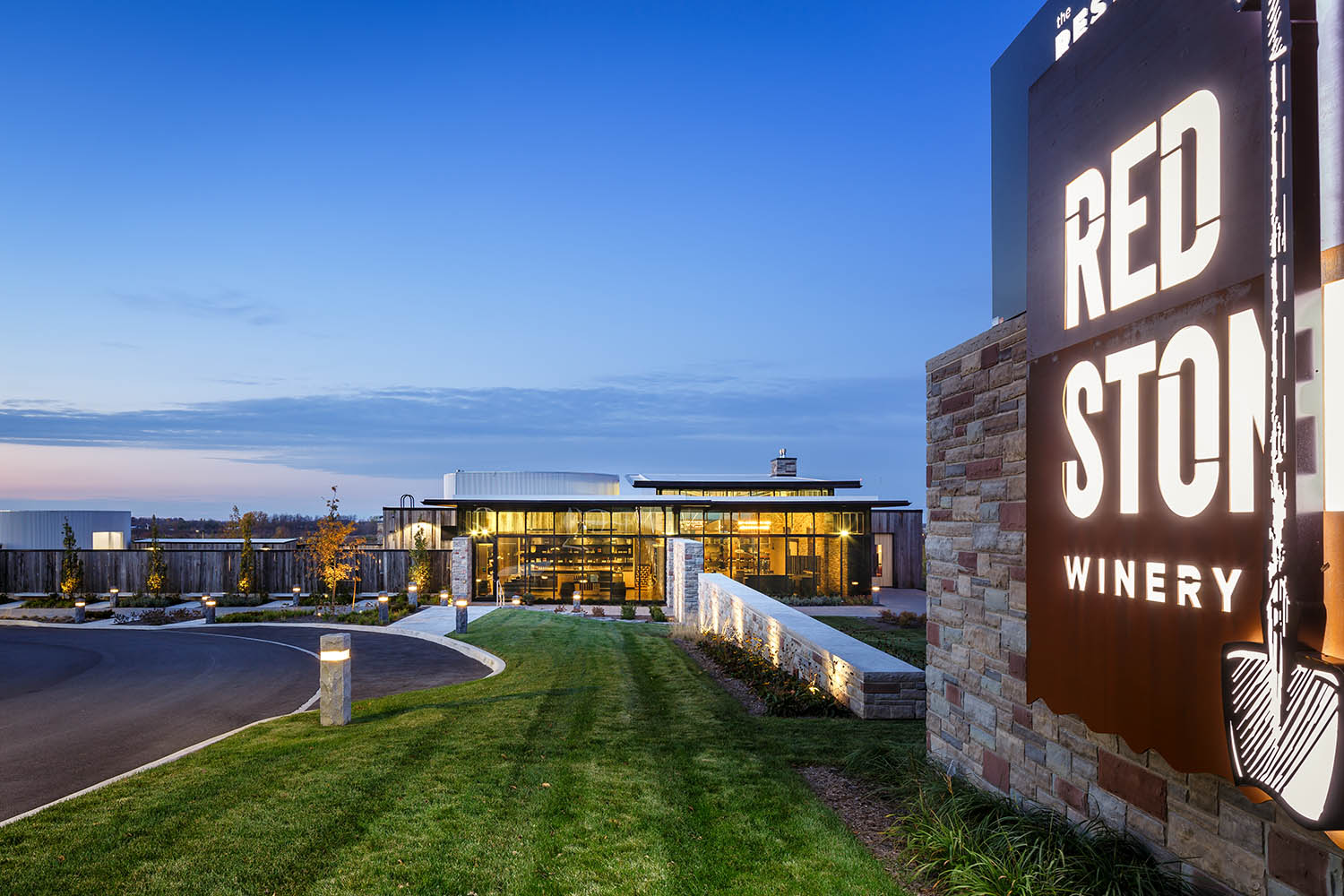 We would like to congratulate Moray Tawse, Joanne Tawse, Rene Van Ede, Paul Pender, and the team behind Redstone on being named Winery of the Year in the 2017 WineAlign National Wine Awards of Canada. This year’s national competition saw over 1700 from 272 wineries. In addition to being named Canada’s Winery of Year, Redstone wines were also awarded a total of 10 medals: 2 Platinum, 3 Gold, 2 Silver, and 3 Bronze.

We are thrilled to have been the Architect and Interior Designer of Redstone and we know that this honour is the first, of many to come, for Redstone Winery and its team.

PS.  In a freshly published BBC Travel article on Toronto, Redstone was the only winery mentioned by name in how locals love exploring nearby wineries in Niagara.

PPS. Back in 2016 we did a special edition newsletter behind the architecture of Redstone Winery, addressing everything from Dermot’s inspiration for the design to the local form and materiality used in the building.