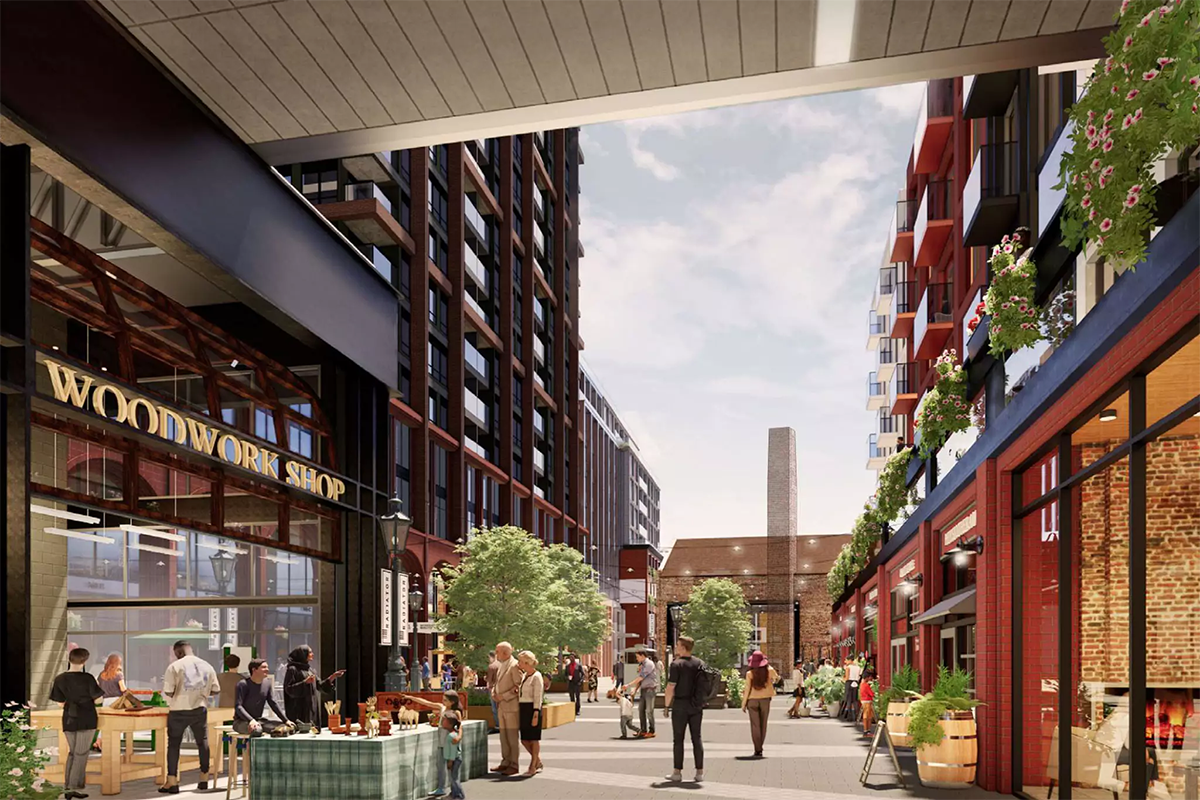 Residents of the Queen and Dufferin area could soon have a new place to shop and stroll, with a developer pushing plans to bring a pedestrian-focused retail and residential development to the neighbourhood.

Developer Hullmark is preparing to submit plans with the City of Toronto to redevelop the Radiator complex at 340-376R Dufferin Street and 2 Melbourne Avenue.

The plan calls for the partial incorporation of a collection of one-to-two-storey former industrial buildings with a manufacturing history dating back to 1883, since readapted into commercial and office space.

The complex consists of a pair of residential towers rising 21 and 25 storeys, joined at the hip by a mixed-use podium rising between four and 11 storeys.

Like any significant development in the city, residential units are the economic driving force for change, and this proposal includes 658 new residences in its towers.

But the base of the development is where this plan really shines, calling for 39,700 square feet of retail and flexible maker space for artists and other creators.

A central parking lot serving the existing low-rise buildings would be transformed to create a new publicly-accessible courtyard offering a community garden, with pedestrian connections from Melbourne Street, Dufferin Street and Milky Way.

In addition to the courtyard, the proposal contemplates a new publicly accessible space at the rear of the site, inviting pedestrians to filter in from the west.

If realized as envisioned, this eclectic mix of creator businesses would surely make this community a destination drawing visitors from afar.

Don't expect any big changes overnight, as the project is expected to take at least a few years to materialize.

The application has not yet been submitted to city planners for review, and an early June community consultation meeting provides only a window into how the final plan may look.

The combined application, community consultation, and approvals process could take up to three years, giving current tenants in the complex plenty of time to figure out their plans for the future.