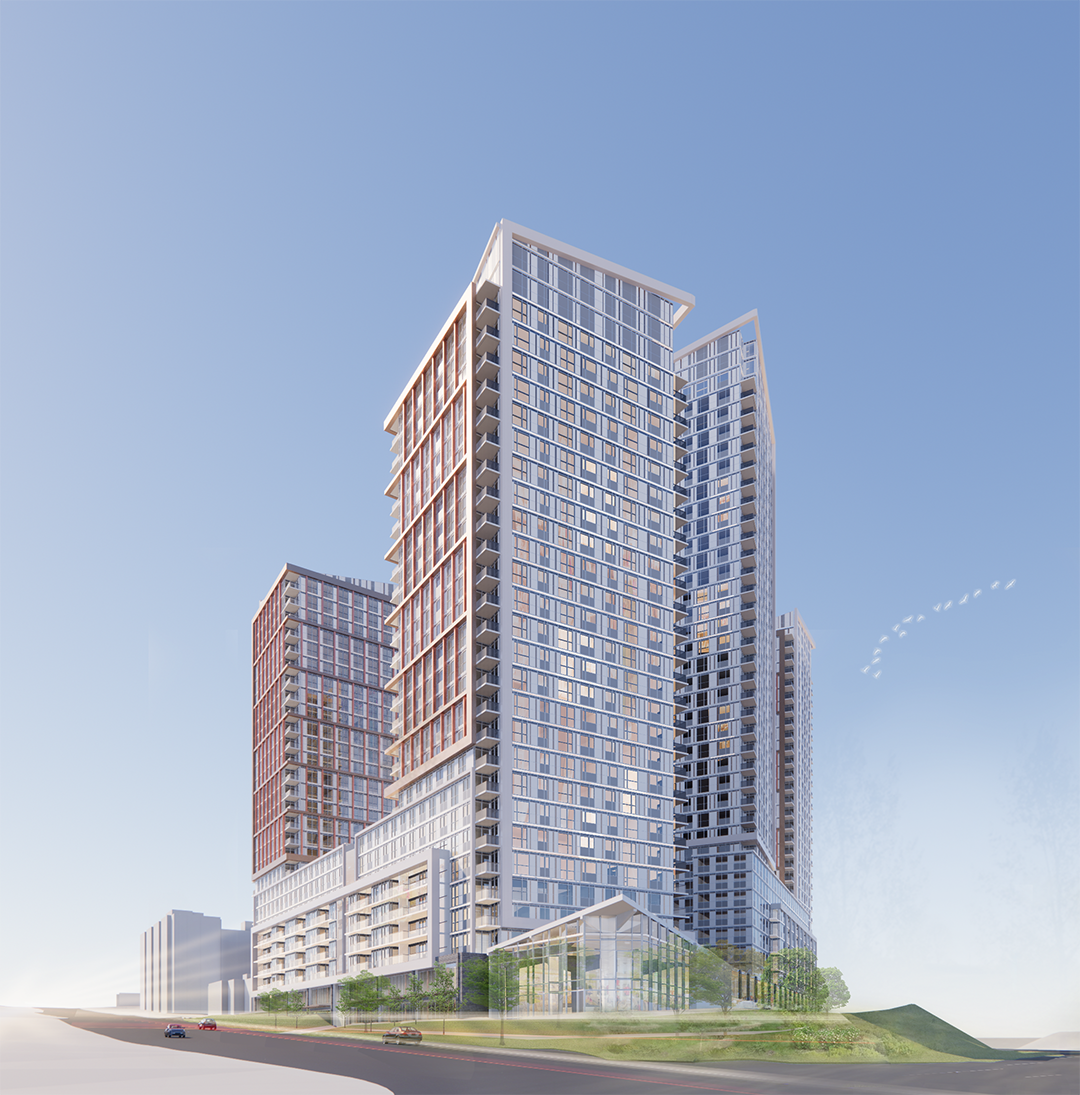 A Toronto real estate development firm says it's trying to help address the housing crisis by proposing to build four towers of mainly affordable housing in the city's northwest.

Spotlight Development Inc. wants the towers, ranging in height from 15 to 35 storeys, to be a mixture of condo ownership and rental units, with 70 per cent of the housing units to be affordable.

The mixed-use development is slated for 1635 Lawrence Ave. W. near Black Creek Drive. Currently, the site is a 3.5-acre strip mall plaza. Once completed, the towers will have more than 1,400 units and the project will encompass nearly one million square feet.

For Sherry Larjani, president of Spotlight Development, the project is about giving back. The company is going beyond what is required, she said.

Larjani said all three levels of government need to address the problem.

"It's a very wide conversation," she said.

"The housing crisis is because of the lack of supply, and if we can help developers by facilitating in many ways to be able to create more housing, we're tackling the concept of affordable housing in some way."

Larjani said Spotlight has partnered with four non-profit agencies, Habitat for Humanity, WoodGreen Community Services, BlackNorth Initiative and Trillium Housing to help the company develop affordable ownership models. Inclusivity is part of the project and the developer will use funds from the sale of market units to service the "deepest levels of affordability," she said.

Larjani was one of four speakers at panel on housing affordability at a downtown Toronto conference, Land and Development 2022, on Tuesday. The conference was organized by organized by Informa Connect, the producers of the Real Estate Forums, with the help of a steering committee that included developers, owners, lenders and brokers.

She said all three levels of government needs to provide incentives to developers to create more affordable housing.

"Incentivizing the developers to provide more housing at lower rates is the way to go," she said.

"The way to do that is by tackling through, the different levels of government, by basically tapping into their buckets of money that they have allocated for housing, affordable housing at different levels, municipal, provincial and federal. I think all they have to come together and I think they have to make this a bipartisan conversation."

Larjani said governments need to work together to give incentives to developers who are providing projects that give back to the community.

"I'm saying incentivize me in areas where I don't have to give affordable housing. Help me there and allow me to bring a product into the market that's lower than what is out there already and help those kinds of projects."

As for the newly re-elected Doug Ford government, she said the province should use the Ontario Housing Affordability Task Force report as a guide to making legislative changes.

Leor Margulies, a co-head of the real estate group at Robins Appleby, a mid-sized Toronto law firm, said the time it takes to get projects approved needs to be shortened. The longer the approval time, the greater the costs of carrying the property, he said

"If you can shrink the approval process down from five years to two years, that's savings of big dollars," he said.

Margulies said there is tremendous NIMBYism in Toronto, where 75 per cent of the city is low-rise. The ward system is a huge impediment to development, he said.

"You can't get it by the ward councillor, you ain't getting it approved. Even if planning likes it, even if Mayor Tory likes it, it's not going to happen," he said.

"It's a huge problem that developers face every day."