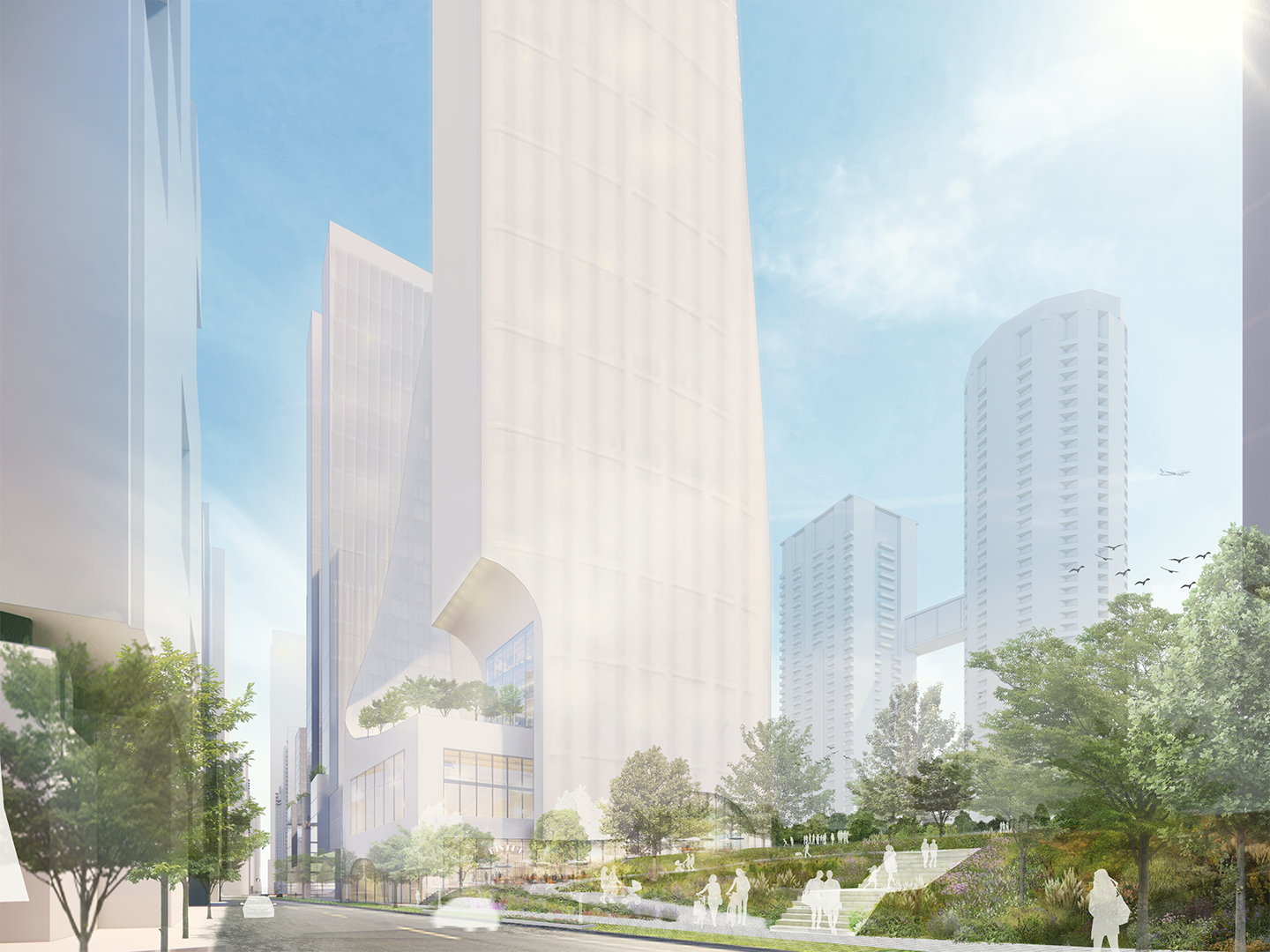 A prime chunk of Toronto land that could have become one of the city's signature parks is now destined to see a mix of condos, commercial, and public spaces.

The drawn-out history of the Rail Deck Park site continued this spring with the reveal of an updated plan for the roughly 20-acre plot over the rail corridor that divides the heart of downtown.

In the latest plans, the team of developers collectively known as CKF Rail Development Limited Partnership plans to build 11 towers with heights ranging from 12 to 70 storeys, more than 5,750 residential units, retail space, as well as a large (but far smaller than the city's initial vision) park component.

Their community would be known as Rail Deck District (RDD).

The Sweeny&Co Architects design for the RDD site includes three development blocks with medium-height and tall towers concentrated primarily along the south side of Front Street East.

To help provide a sense of just how big this project would be, its proposed gross floor area measures over 388,000 square metres, which is well over twice the floor space of the Eaton Centre. And that's almost all going to be condos.

What is currently proposed may not be the sweeping public space envisioned by city planners, but the condo-heavy RDD plan includes several privately-owned publicly-accessible spaces, a 2.5-acre public park and 6.32 acres of potential expansion areas to realize a larger Rail Deck Park.

It's just the latest chapter in a complicated saga going back to 2016, when a pair of competing visions emerged for the site. The City had its Rail Deck Park Secondary Plan, an ambitious plan to reclaim the infrastructure corridor entirely for public use, while private developers led a competing vision known as ORCA, calling for a mix of residential, commercial and park uses.

In a confusing jumble of who owned the air rights over what, both plans and their proposed amendments to the City's Official Plan would ultimately be approved at the Local Planning Appeal Tribunal (now known as the Ontario Land Tribunal).

While both were approved and are now being pitched as a co-existing plan, it really feels like the developer-led vision was the winner here, as the plan submitted for approval in late March contains a whole lot more in the way of new buildings than it does in park space.

It is still a huge improvement in terms of urban planning over the scheme that was approved during the appeals process, led by legendary Israeli-Canadian architect Moshe Safdie, of Habitat '67 fame.

Planners were concerned about the vision's elevation of all public spaces high above the rail corridor, which would have required the use of access stairs and other means of ascending to the space. Which kind of defeats the development's stated intention of eliminating a barrier to the waterfront.

Another concern raised with that plan was its large enclosed shopping mall, a type of land use often criticized by urban planners for its tendency to siphon foot traffic off of streets and into these internalized environments.

Updated plans address these issues, lowering the grade of the site and relocating retail to street frontages, but now with the caveat that City-owned land be purchased to accommodate said changes.

Still, the project has been raising questions from the beginning, with a Globe and Mail architecture critic wondering in a recent article if this is "an actual project, and not just an attempt to squeeze money out of the city?"

Bozikovic says that "It's hard to say for sure, given the technical and financial complexities" of a project with so many moving parts and such a complicated ownership and planning history.