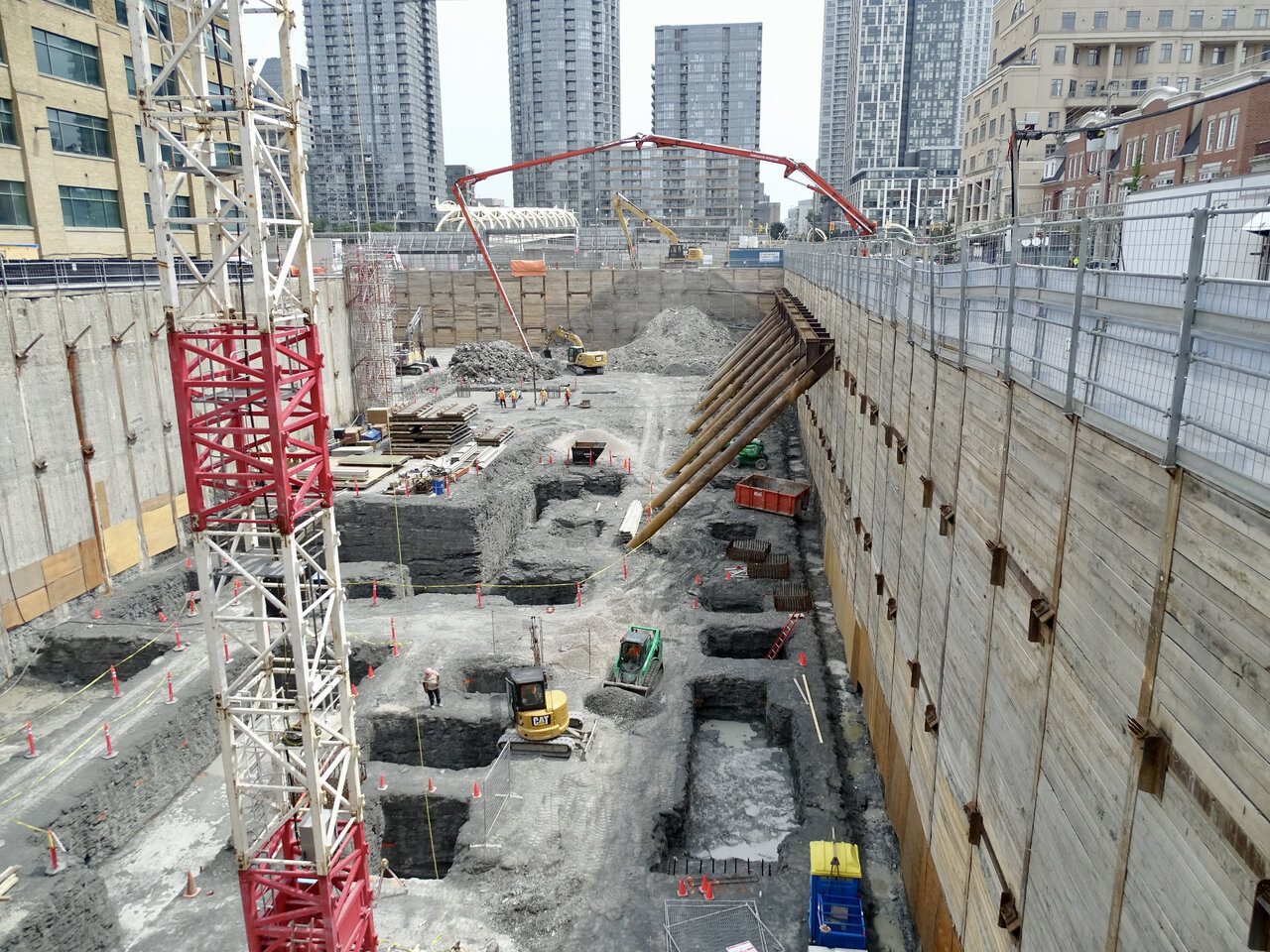 It raised some eyebrows when an office building broke ground here amidst the pandemic in November, 2020, but it was a sign of faith in the Toronto office market by developer Carttera Private Equities, despite the short term unpredictability of our situation. Since the ceremonial start of work for the Portland Commons complex at Front Street West and Portland Street, shoring and excavation work for the Sweeny &Co Architects-designed development quickly followed.

We last checked in on the site's progress in April, when excavation was progressing towards a depth of 13.9 metres to create space for the building's foundations and four underground levels. Excavation was largely completed by the end of May, paving the way for the installation of a tower crane in mid-June. In the weeks since, early forming work has begun at the base of the pit, as precision excavation shapes out nodules that will become part of the foundations, and the partial P4 level that will occupy a smaller portion of the site footprint than the full levels above.

Forming at base of pit for Portland Commons, image by Forum contributor Red Mars

At the south end of the site, a concrete pump was recently in action helping to form the base for a second crane.

Expected to be installed imminently, this second crane will be used to form the more prominent south facade over Front Street, adding to a growing corridor of buildings lining that artery's western blocks as it approaches Bathurst Street.

Forming at base of pit for Portland Commons, image by Forum contributor Red Mars

With the second crane coming, the next steps will be the rise of the four underground floors before the building surfaces and begins its climb towards a height of almost 73 metres. The 560,000 ft² development will primarily host office space, accompanied by retail and restaurant space at ground level.

The first occupancies are expected for 2023, with the completed building targeted for LEED Platinum Core & Shell, Wired-Score Platinum, and WELL Certification. Portland Commons will be connected to the Enwave Deep Lake Water Cooling network via The Well, the massive seven-building mixed-use complex that is under construction steps to the east of the Portland Commons site.