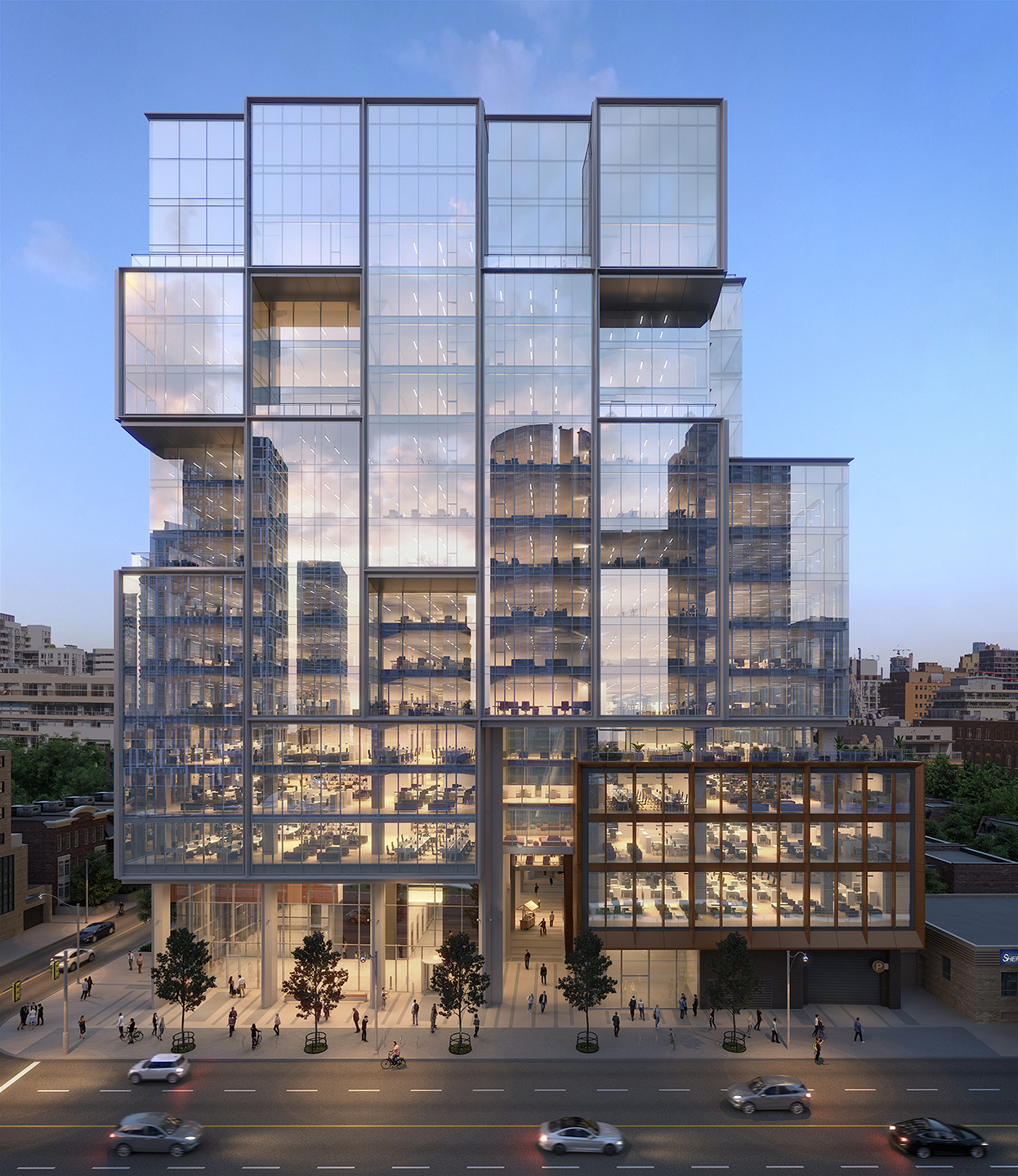 At Front Street West and Portland Street in Toronto's Fashion District, the construction of Portland Commons has come a long way since our last story on the development nearly one year ago. Back in July of 2021, the Carttera Private Equities project was having early forming work done at the base of its pit.

Since then, the three and a half underground levels of the building have been fully formed, and the building's structure now stands two storeys above grade, with fly forms surrounding its uppermost level in this view from Bathurst Street.

Taking a look from another vantage point, we can see reinforced concrete columns looming behind the project's hoarding, with crews working on forming the walls of the first and second level, as the entrance of the new building will feature double height ceilings.

We can see that the double height area sits between two "sides" of the building, that will feature a terra cotta-coloured cladding on their exterior. Pillars out front will help support the glass tower that will rise above, resembling a collection of irregularly shaped glazed cubes. The pillars can be seen in the image below.

Designed by Sweeny &Co Architects and being built by EllisDon, the building is on its way to a total of 15 storeys, and 560,000 ft² that will be primarily used for office space, accompanied by retail and restaurant space at ground level.

The first occupancies are targeted for late 2023, with the developer aiming for LEED Platinum Core & Shell certification, Wired-Score Platinum, and WELL Certification, which would all be marks of a sustainable building. Portland Commons will be connected to the expanded Enwave Deep Lake Water Cooling network via The Well, which is under construction nearby to the east.

We will continue to follow progress on the development, but in the meantime, you can learn more about it from our Database file, linked below. If you'd like, you can join in on the conversation in the associated Project Forum thread, or leave a comment in the space provided on this page.